The sprawling MGA of Bussia, Barolo’s second largest MGA after Bricco San Pietro, was conceived through the unification of a number of historical crus of Monforte d’Alba, such as Pianpolvere, Dardi and Colonello.

Another of these crus is Fantini, whose boundaries, like those of the crus mentioned above, are not yet univocally, definitively and officially defined under the MGA, although some of the vineyards are now claimed as Vigna Fantini or Vigna dei Fantini.

The area highlighted in red in this image is therefore the result of a personal interpretation and represents a reliable estimation of those vineyards that traditionally were considered Fantini, ranging from the border with Arnulfo, on the left in the image, to the woods that divides them from Salicetti, on the right, and further up from the area of Bricco Giubellini.

The vineyard of Amalia Cascina in Langa, in yellow in the background image, is located at the highest part of the hill, which is also one of the highest points of the entire MGA Bussia. At that point, as in most of the Fantini vineyards, the exposure is mainly southwest and the soils are prevalently Diano Sandstones and therefore have looser and sandier texture than the rest of Bussia or even Le Coste di Monforte, from where Amalia’s other single vineyard Barolo originates.

This combination of soils, exposure and altitude, gives the Fantini Barolo a more fruity and tense character than others of Bussia, without however lacking the vitality that is typical of this MGA.

As for the winery’s Barolo Le Coste di Monforte, also from the 2018 vintage, the period of maturation in wood includes a passage in French oak barrel of 26 hectoliters, as in the debut vintage (2013). In the 2015, 2016 and 2017 vintages, on the other hand, an initial 12 months in barriques was preferred, followed by another 20 months in large casks.

Finally, it’s important to note that this Barolo, even though it has come from the same vineyard since the first vintage, starting with 2018 also carries the reference to Vigna Fantini on the label, next to Bussia. 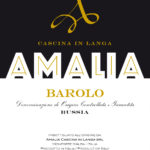 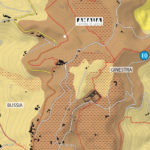 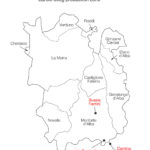 Vinification: traditional, with maceration on the skins for about 30 days.
Aging: in 26-hl French oak barrels for about 30 months.

This site is meant to be used horizontally.
Turn your phone and make sure you have a good signal!

For a better user experience, we recommend that you hide the toolbar.